Mike Hodak’s experience in the pool building industry began long before he was old enough to know it was his calling. It all started when his Uncle Louie and Uncle Andy helped construct the North Park Pool in Pittsburgh, Pennsylvania in 1935. At the time, it was the largest inground pool ever constructed, holding 2,225,000 gallons of water and has enough room for 5,000 people to swim. Growing up, Mike helped his father Frank build concrete pools from an early age (see photo below of one of his father’s residential inground pools built in the 1950’s). With his confidence as a second generation pool builder, he built his first waterfall in 1985 and the rest is history. As a long respected family business, since it’s inception in 1950’s, the Hodak family has impressively installed over 20,000 pools in the greater Pittsburgh area.  The family has also accumulated 8 international patents pertaining to the pool industry and used by pool companies worldwide for over half a century, in addition to installing the first vinyl lined swimming pool in the United States in the early 1960’s.  When we say we know pools, we mean it.

Where can you see our work?

We have extensive experience constructing both residential and commercial swimming pools and waterfalls. You can see our work at the Pittsburgh Zoo’s Sea Lion Exhibit , Consol Energy Headquarters, the 79 Entrance to Southpointe, Emerald Lake Wildlife Reserve,  South Hills Country Club Baby Pool, Fox Chapel Yacht Club Pool Renovation, and The Sheraton Pool at Station Square to name a few, as well as numerous residential retreats. You also may have seen us in House Trends Magazine or in The Pool and Spa News Magazine as the recipient of their Master Pool Builder, Gold Award.

Our business has always been about family. In keeping with tradition, Mike’s son Andy works alongside him on every job, passing the tricks of the trade down through the next generation.

We work on one job at a time.
We don’t leave that job until it is finished.
We never sub-contract.
We own and maintain all of our own equipment.
We are hands on every step of the way.

With our extensive experience building pools and waterfalls, we have perfected the art of imitating nature. Owner Mike Hodak’s unique artistic eye can replicate how water flows over and through giant stone boulders. With his attention to detail and consideration of topography, he can make your waterfall look as though it has been there all along. View our project gallery to see more of his impressive work. 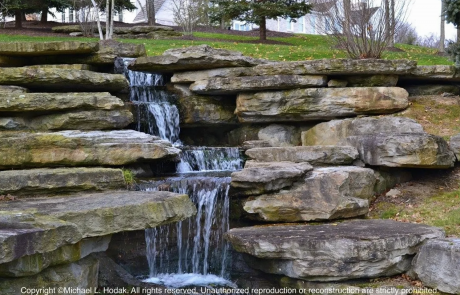 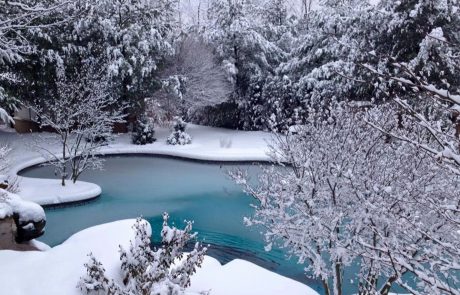 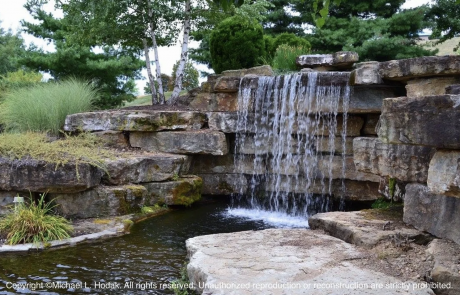 As a landscape architect, I have worked with many artists and craftsmen over many years.  There is no one who amazes me more than Mike…a gifted artist and highly skilled craftsmen like no other.  His work is not only beautifully detailed, but is built to last. Mike has my highest recommendation. Mike was awesome to work with from the beginning design phase all the way through the multiple changes and additions we asked for along the way.  It’s rare in today’s world that contractors are completely accessible but we can honestly say that Mike has been there for us every step along the way, and the result of the project is nothing short of amazing.

Every Project is Unique

No two yards are the same and your pool shouldn’t be either. We build completely custom, one of a kind, luxury inground pools and natural waterfalls to perfectly compliment your space and transform your backyard. Like any great work of art, the vision unfolds before your eyes as part of the creative process.

VIEW OUR GALLERY
LEARN ABOUT OUR PROCESS We love our customers and can’t wait to meet you!  We serve Pittsburgh and surrounding areas, give us a call today!